Vreta kloster bryggeri is located in Ljungsbro outside of Linköping close to the main attraction along Göta kanal – Bergs slussar, as well as only 800 metres from the remains of the oldest abbey in Sweden – Vreta Kloster (1101-1582). Here, nuns brewed and drank beer. Since October 2019, beer is once again produced in the vicinity of the abbey.

With passion for abbey and Belgian styled beer and with respect for the local history, the brewery is dedicated to produce some of the best Belgian styled beers in Sweden. The brewery has won several international prizes. In September 2022 the brewery Quadruple (Abbedissan 12) won a bronze medal at the European Beer Star. In March 2022 the brewery Belgian wit (Den blonda nunnan) as well as the Belgian tripel (Vreta kloster trippel) won Gold at Concours International de Lyon. In November 2021 the brewery Saison (Nunnans skördeöl) won bronze in Brussels beer challenge in the category Double Saison, just behind two beers from Brasserie Dupont. 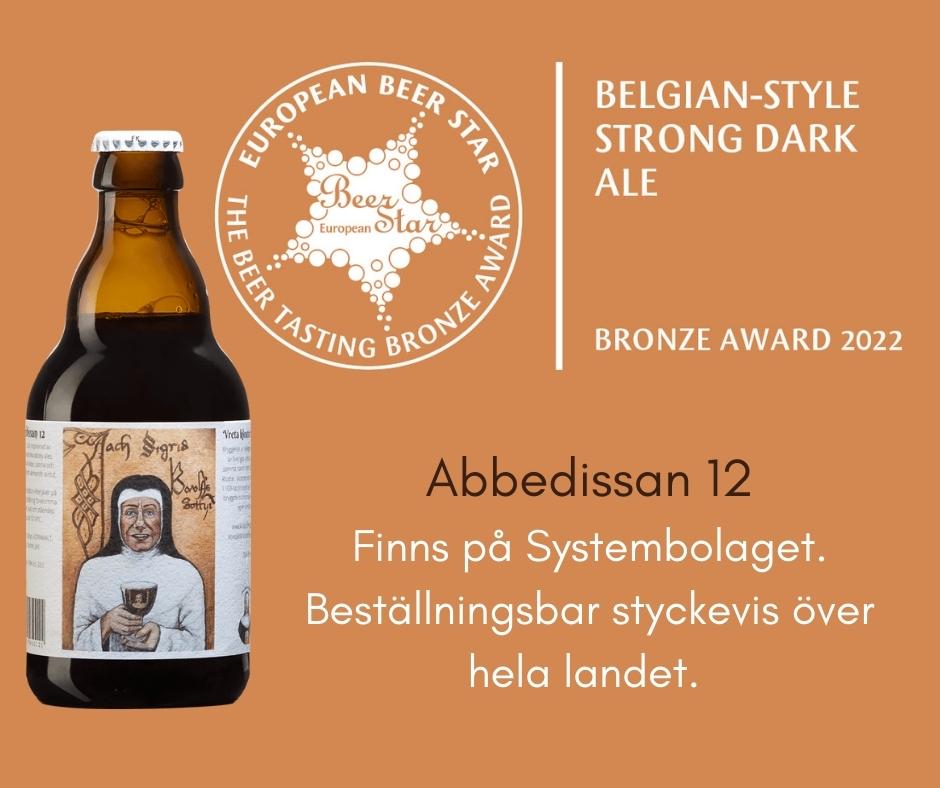 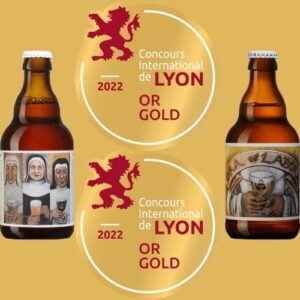 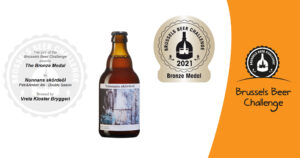 Our beers can be bought at the Swedish State monopoly Systembolaget locally in Linköping and some towns close by, as well as ordered by the bottle to any of Systembolagets shops in Sweden without any extra costs. Our beer is also available at local bars as well as at well sorted bars across Sweden where there is love for Belgian styled beers.

During the summer months our taproom is open a few days a week. For more information click here!

This website uses cookies to improve your experience while you navigate through the website. Out of these cookies, the cookies that are categorized as necessary are stored on your browser as they are essential for the working of basic functionalities of the website. We also use third-party cookies that help us analyze and understand how you use this website. These cookies will be stored in your browser only with your consent. You also have the option to opt-out of these cookies. But opting out of some of these cookies may have an effect on your browsing experience.
Necessary Always Enabled
Necessary cookies are absolutely essential for the website to function properly. This category only includes cookies that ensures basic functionalities and security features of the website. These cookies do not store any personal information.
Non-necessary
Any cookies that may not be particularly necessary for the website to function and is used specifically to collect user personal data via analytics, ads, other embedded contents are termed as non-necessary cookies. It is mandatory to procure user consent prior to running these cookies on your website.
SAVE & ACCEPT